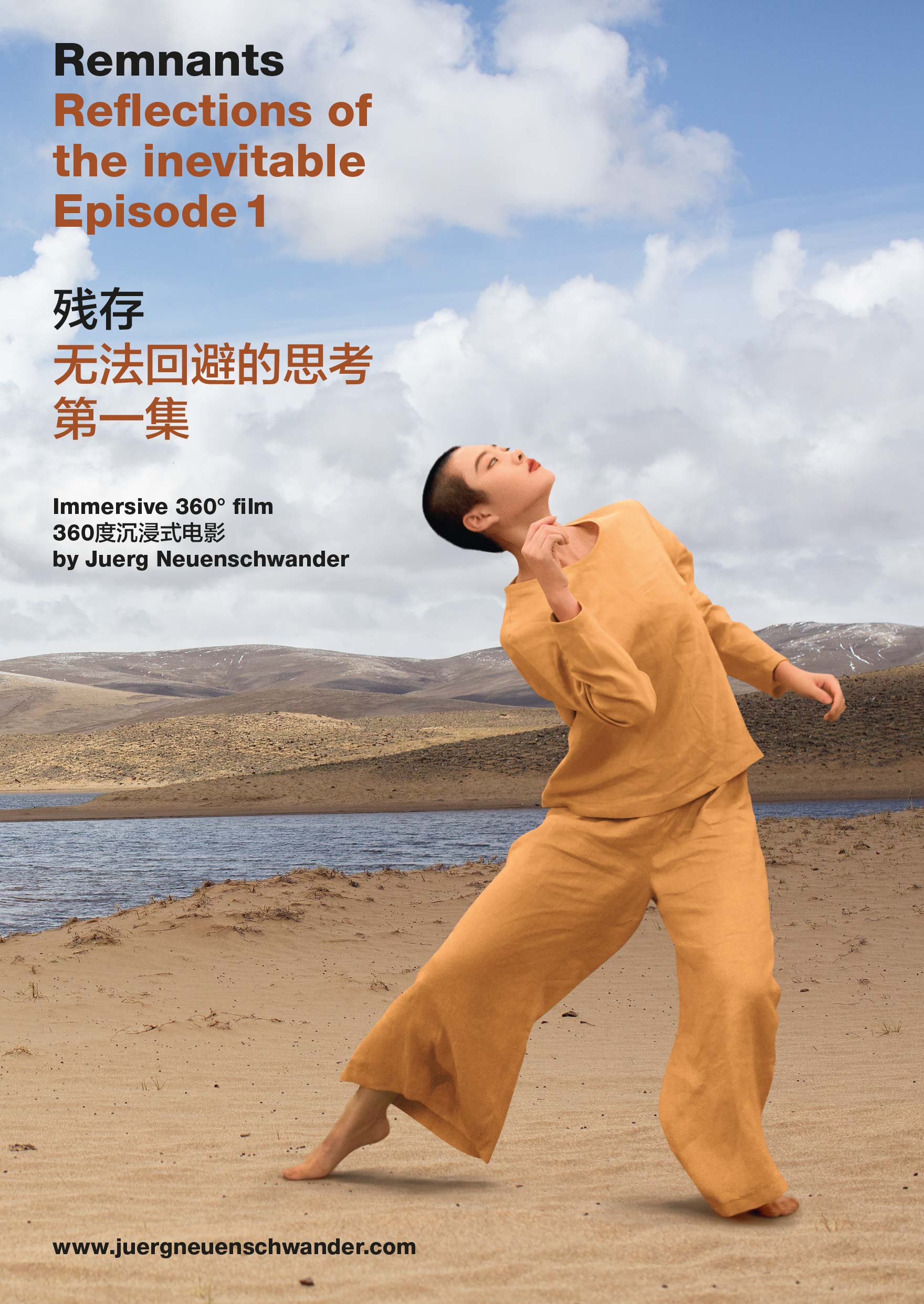 Remnants immerses viewers in a personal, panoramic experience of our relationship with nature. Shots of magnificent but damaged landscapes are superimposed with dancers using their bodies to express the decline that surrounds them. What remains here is still beautiful, but the land is dry and inhospitable.

We are on the Qinghai-Tibetan Plateau, some 4,300 metres above sea level and surrounded by majestic mountains. The area is also known as the Third Pole for the enormous water reserves stored in its snow and glaciers. It is the source of major rivers such as the Yellow River and Yangtze. But this region, on which so much depends, is at risk. Climate change is melting the ice fields, extreme weather is causing droughts, and livestock are damaging the soil. As the glaciers shrink, there is less and less water to feed the huge rivers and those whose livelihoods depend on them. Water for irrigation, industry and drinking is dwindling, and the rivers are struggling to reach the sea.

These are the facts. Remnants acknowledges them, but goes further, exploring how they affect our feelings, thoughts and behaviours. By bringing different disciplines together, Remnants highlights the interdependencies that keep the earth – and us – alive. Premiered and exhibited at the Aroundspace Gallery, Shanghai

Remnants was made possible with the support of:
College of Arts and Media at Tongji University, Shanghai and Studio MF Vision, Shanghai