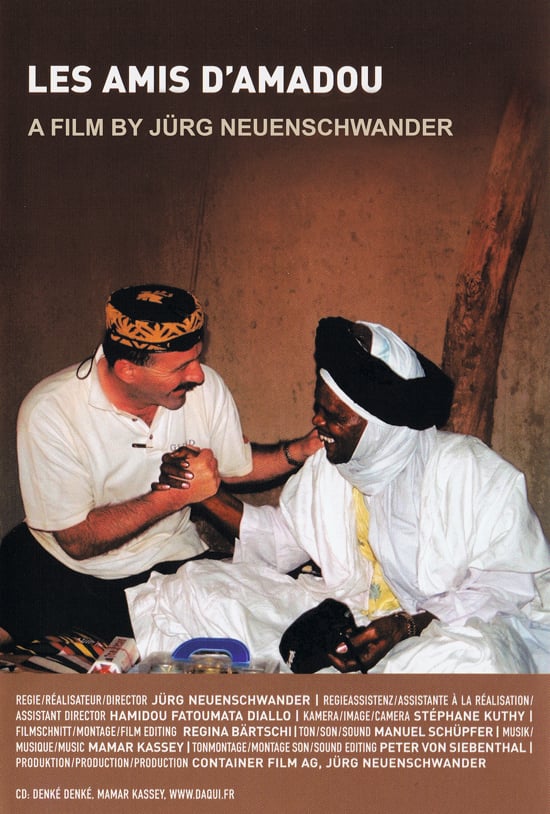 Juerg Neuenschwander is travelling through Burkina Faso and Mali with the three Swiss protagonists of his film “Encounters on the Milky Way”. We see them at the Pan-African Film Festival in Ouagadougou during the premiere, in between open-air screenings driving through spectacular landscapes on washed-out dirt paths. The highlights of the trip are the screening in the remote village of Baraboulé for Amadou Dicko, influential Chef de Canton, and the audience on the following day for “Les Amis d’Amadou”.